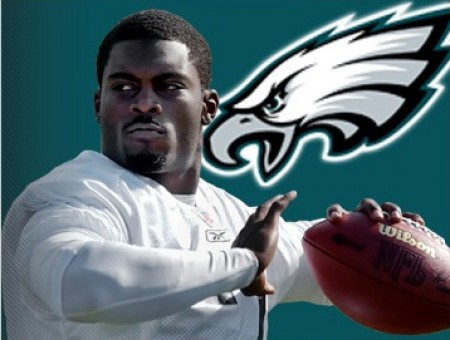 The story while quite well documented; goes something like this:
He owes the Atlanta Falcons an enormous sum of money (10s of millions) due to getting a huge signing bonus years ago and then nullifying his contract with the “dog” conviction. He comes back to the NFL with a 2 year contract with the Eagles for a nominal amount (for an NFL QB).

Virtually all of his pay is garnished and he is given enough to rent a small apartment and live very modestly. His only shot at paying his debt and returning to his previous life is to “Have To” be extraordinary. In 2010 he became the Eagles starting quarterback and they got to the 2011 NFL playoffs and Vick was named 210 NFL Comeback Player of the Year! He was beyond extraordinary….first taking the starting job from a great QB, then playing what will likely be an MVP season carrying a mediocre team to the playoffs. And now, he has secured a huge contract with the Jets that could literally return his previous stature. “Have To” power!! He did what he had to do. He may always be connected to the “dog” controversy but he has solved his career and financial woes that the controversy caused in 2007-2008.

He knew the only way out…he was going to “HaveTo” resurrect his career and he didi!