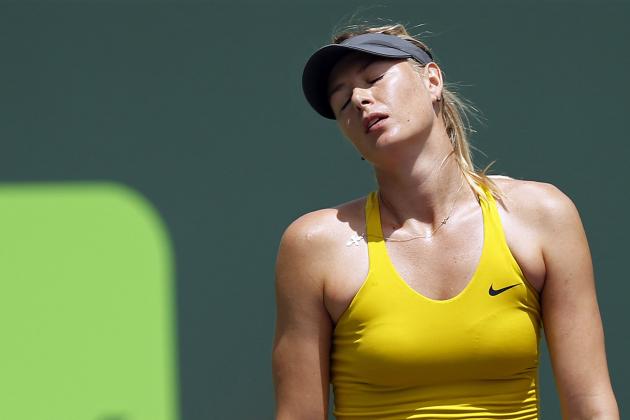 Maria Sharapova has a story of “have to”

In the highly competitive sport of professional tennis, Maria Sharapova’s journey to become one of the top players in the world symbolizes her determination, grit and champion’s desire to win. Her story is one of sacrifice, focus and extraordinary talent. An only child, Maria was born on April 19, 1987, in the Russian industrial town of Nyagan in western Siberia.

Her parents relocated from Gomel, Russia, to escape the aftermath of the 1986 Chernobyl nuclear disaster. In 1989, the Sharapova’s moved again to the Black Sea resort town of Sochi; it was here that Maria developed a love of tennis. Watching her father Yuri on the courts, four-year-old Maria learned to play using a second-hand racket. Yuri quickly recognized and nurtured his daughter’s exceptional talent. In October 1993, her gift was confirmed from an unexpected source. Maria and Yuri were attending tennis clinics held in Moscow during the Kremlin Cup when Martina Navratilova happened to spot the six-year-old hitting balls on the court. Maria’s form and shots stood among the mostly older children. “She has talent,” the legendary champion commented to Yuri – and he took her words to heart. Struggling with how to help Maria reach her potential, Yuri and his wife Yelena decided to take a chance and seek world-class coaching for their daughter.

In pursuit of this dream they knew they had to come to the Unites States, Maria and Yuri boarded an airplane to the United States in March 1995, leaving Yelena behind in Russia to finish college and await a visa. The odds were against the two from the moment they touched down in Miami: neither spoke English and Yuri had just $700 in his pocket, money he had borrowed from Maria’s grandparents. Several days and many bus rides later, six-year-old Maria and Yuri arrived uninvited at IMG’s Nick Bollettieri Tennis Academy in Bradenton, Florida. Although the Academy’s coaches immediately recognized Maria’s talent, she was too young to be enrolled as a full-time student. Yet Yuri was not discouraged. Believing in his daughter’s talent, he settled in nearby Venice and coached Maria on public and private tennis courts.

For two difficult years, Yuri worked odd jobs while Maria competed in local tournaments and began to accumulate victories. In December 1995, perseverance paid off — Maria received a scholarship to the Academy and became a full-time student. The nine-year-old lived on the prestigious campus for seven months, seeing her father only on weekends. Her separation from him, combined with constant teasing by dorm-mates nearly twice her age, forever impacted Maria but also intensified her resolve to succeed. After obtaining a U.S. visa, Yelena finally reunited with Maria and Yuri in June 1996. Maria moved out of the dorms and into an apartment with her parents while she continued to perfect her tennis skills at the academy.

In November 2000, 13-year-old Maria exploded onto the world tennis stage with an impressive win in the Girls’ 16-and-under Eddie Herr Championships. Her first professional tournament quickly followed in April 2001 and her first WTA tournament in 2002. In a highly competitive sport where many try but few succeed, Maria Sharapova’s drive and determination will inspire young girls for years to come. From her 2004 Wimbledon championship, to being the first Russian female to ever claim the #1 ranking in the world, to being the fifth youngest female to ever hold the #1 spot, to her growing list of corporate endorsements, Maria symbolizes what hard work, world-class training and unwavering commitment can achieve: a front-row seat on the world’s stage. And the “HaveTo” she and her parents were willing to do!

What is The Zen of Have to?
Joan Rivers
When you "HaveTo" Embrace Change!