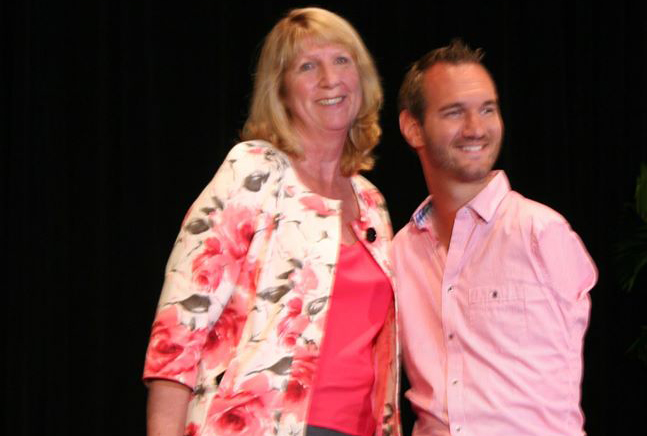 After owning a successful grocery business for four years I was involved in a Hostile takeover, (another story) I felt that I had to go somewhere to start all over. Florida seemed to be a good place to go. I arrived in June of 1989 and quickly made friends and was able to actually work aboard a few yachts at Tierra Verde Marina as a hostess. This was a far cry from VP Sales and Marketing, but it was fun. I’m not sure where it started but I was dating a guy named Randy. He had his own home and appeared successful as a glass blower and as a wholesaler of souvenirs and jewelry. This relationship turned into a whirlwind I moved in after 2 months of dating.Soon I was told I didn’t need to work as he would look after me. I had always worked so it seemed like a great thing. I would be able to go out boating and stay home and cook which was one of my hobbies. I was envisioning travelling and shopping. I figured my life was going to change and I should embrace it and just enjoy it. I would have to change my workaholic mindset.

I was beliving the dream but living the nightmare!!Little did I know I was living with a Schizophrenic. He would turn on a dime and turn my life into a horror movie where young girl in her twenties is held against her will for fear of her family being murdered. Here’s how it progressed, I am leaving out a lot of things in the timeline, because this is about “having to” do what you have to do to go forward.

After I had pretty well committed myself to him is when the abuse started. First it was getting frightfully angered if I turned my head while he was driving down the road in his Ford Bronco, because he thought I was looking at a guy (didn’t matter what I was looking at) and he would insinuate I wanted to be with him instead and then he would grab my hair and yank it. When I wanted to go back to work to get away, he would show up at the yacht and insist I was screwing the captain and embarrass me and himself. He would always apologize and say how sorry he was. But the apology was always if you hadn’t of done this I never would have lost my cool. When I tried to leave or would mention that this was not working out and I needed to go, he would hold a gun to my head and tell me I had to stay or he would kill me or go after my family. He was very careful to leave marks where no one would see or pull my hair or use the gun. I went on one vacation with him to Mexico…a nightmare from which I thought I would never wake. I found out he was also a drug dealer.

I eventually realized nothing was going to change unless I did something. I was always walking on eggshells and never knowing when the monster would show up. I had to figure this out or I would be miserable the rest of my life. I needed to think like him . He was constantly saying there was something wrong with me. So here’s how it went, “Randy maybe you are right, I think I might need to see a psychiatrist, will you go with me to see one” He bit, now I could talk to someone else alone without him having to be there to monitor my every word. We went to a Psychiatrist’s office (he made the appt.) and of course at first Randy demanded he be in the room while we had our first appt. which he did for the first five minutes. The Dr, thankfully, picked up on my fear and somehow explained to Randy that he would put us both together in a minute. The moment the Dr and I were alone he said “why haven’t you been able to get away?” I was so relieved, someone was aware. He told me I had to make a plan and gain Randy’s trust so I could make a clean escape and that he could help me.

In the next few weeks we had several other visits basically fine tuning and confirming the plan. Randy thought because I was so subservient that these Dr Visits were helping. I had to make Randy trust me implicitly. I would make his favorite dishes and tell him how much I enjoyed the sex and lots of other lies that I had to say to make him think he was in control. I had been waiting for an opportunity to be alone with the neighbor so they could help me with my plan. When Randy would go the bathroom I would lean over the privacy fence and have brief conversations with the neighbors. My goal was to get him out of the house for a full 30 minutes and to have my keys ready.

The day I escaped the neighbor had come to him and asked if he could drive him to Home Depot as needed his Bronco to haul the lumber and he needed him to help because his back was sore or something like that. He resisted at first and said “C’mon you need to come with me.” I replied “ Oh Honey I was just going to make you a Valentine’s Day lunch and I will surprise you with something really special, so hurry up and help Gene and when you get back you will love your surprise I have for you.” He fell for it and Gene was instructed to keep him there as long as possible. The moment I saw the Bronco turn the corner, the adrenalin was racing as I pillaged through the house grabbing only about 50% or less of my belongings. The previous month or so while the Dr. and I were hatching this plan, I had been trying to figure out in my head what items of mine I would try to take with me, I knew it wasn’t possible to gather everything. Finally when the opportunity to escape came up. I had to hurry and load the 1976 Chevy Nova my grandmother had given me. I was praying Randy had not disabled the car, since he really never trusted me.

I made it out; I had to drive to a friend of the neighbor. It was a couple that lived within 30 minutes but a place he would never go to look. I stayed there long enough to gain my composure and relax until I made a decision where I wanted to go and what I was going to do. I had to be very careful who I called, as he at this point had already called my parents and alerted them he was coming to get me. They told him I was in Australia; he continued phoning everyone he knew that he thought I knew. (Just to let you know this went on for 8 years.) I had contacted one of the yacht owners and he said they were going to a place for Spring Break to run the boat, would I like to go work on the boat with them for a few months. I did do that.

The boat left town in June, I am still here, married 18 years and have 2 children at 51 yrs old.

Bag It!
What is The Zen of Have to?
Maria Sharapova's Family's HaveTo!